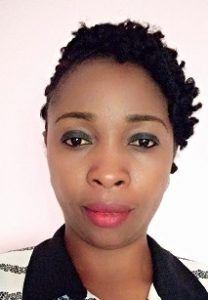 Mrs Bukola Olayinka KANUMUANGI, obtained her diploma certificate in French Language at Le Village Franҫais du Nigéria in 2007. She proceeded to Olabisi Onabanjo University where she obtained her first degree Bachelor of Arts in French Language. Equally, had a Post-Graduate Diploma Certificate in Education in 2017 from Nigerian Teachers Institute, Kaduna (Abeokuta learning centre), and a Masters Degree in French Studies and literature from Olabisi Onabanjo University. Her thirst for learning has made her to continue her academic journey to doctorate degree which she is presently pursuing at Olabisi Onabanjo University at the Dept of foreign Languages and Literature. She started her  career as an Administrative Officer at Surgicare Consult in June 2011. She also worked on part time basis as a French teacher at Lyceum Montessori School in Sept 2013 – July 2014, She later joined Federal University of Agriculture, Abeokuta on August 2014 – Sept 28th 2017 as an Associate Lecturer. She teaches Communication in French (GNS 108) in the Department of Communication and General Studies, Culinary French I (HTM 206) and Culinary French II (HTM 310) in the Department of Hospitality and Tourism at undergraduate level. She handles Tutorial in French at the Centre of Excellence in Agricultural Development and Sustainable Environment (CEADESE). She can be contacted via the Department of Communication and General Studies, College of Agriculture Management and Rural Development.