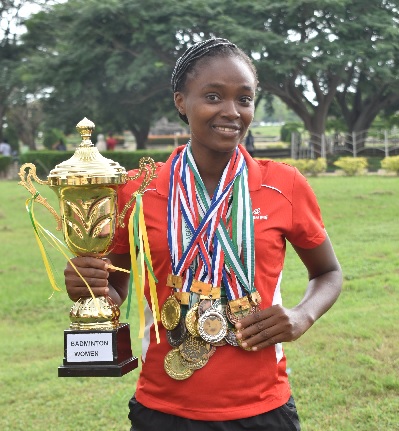 If the University were to institute her own version of the prestigious
‘Hall of fame’ in Sports, Oyinloye Naomi Adeoyin would have her name
etched in gold and seated comfortably at the pinnacle of
the Roll Call of “Who Is Who”.

For Nine (9) solid years of studentship (2007-2016) during which she
upgraded from Foundation Science to Degree and Postgraduate
Programme, Naomi was busy carting several medals for the
University within and outside the country.
At the last count in 2016 when she completed her Master’s programme,
Adeoyin had won to the credit of the corporate image of the University
21 Gold, 11 Silver and 9 Bronze medals.
More importantly, she had successfully hoisted the flag of
FUNAAB in Taipei, Taiwan, Ghana, South Africa and in some States of
the Federation.
Welcome to the world of Oyinloye Naomi Adeoyin, the Heroine of
FUNAAB excellence in Sports; fasten your seat belt as we take you on
board of Badminton and other sports which she bestrode like a
Colossus.
Taking FUNAAB Bulletin crew down memory lane, Adeoyin recalled that
she started winning medals for the University in 2008 when she was a
student of the institution’s Foundation Science Programme (FSP).
The tall and athletic built, soft spoken sports sensation recalled that
during her FSP days she won Bronze medal in Badminton for the nation
and FUNAAB at the West African University Games (WAUG) held in Legon,
Ghana in 2008.

In 2009, Adeoyin again shone like galaxy of stars winning 2 Gold
medals for Ogun State at the National Under 20 Badminton Championship.
In the same year, she re-enacted her winning streak at the National
Under 19 Badminton Championship held in Oyo State by winning 2 Gold
medals for Ogun State.
It was another good outing for Adeoyin at 2011 National Sports
Festival held in Port-Harcourt where she represented Ogun State and
won Bronze medal in Badminton.
That same year, Naomi represented FUNAAB at the Nigerian University Games (NUGA) winning silver and Bronze medals for the institution.
The gangling Adeoyin was her vintage self again at the maiden edition
of FUNAAB’s Intercollegiate and Vice-Chancellor’s Cup in 2010 where
she dazzled and rattled by carting 5 Gold, 3 Silver and 2
Bronze medals in one swoop but in different sports including Badminton, thus
emerging the overall Best Student of the tournament.
In 2012, Adeoyin was on song again, as if marking her admission into
the Department of Biological Sciences (Zoology option) with Laurels, she had a clean sweep of the garlands at the year’s edition of
Inter-Collegiate and Vice-Chancellor’s Cup where she went home with 6
Gold, 2 Silver and 1 Bronze medal, in different sports,
Badminton inclusive, as well as emerging the overall best at the
tournament.
Also in that year, Oyinloye represented Ogun State at the 2012
National Sport Festival hosted by Lagos State and won Bronze medal.
Following her admission into the University’s Master’s programme in
Medical Entomology, Naomi could not resist her die-hard passion to
promote sports in FUNAAB, she participated in the 2014
Inter-Collegiate/Vice-Chancellor’s Cup and again emerged the overall
best by winning 6 Gold, 3 silver and 2 Bronze.
It was a meteoric rise for Adeoyin in 2016/2017 when she completed her
postgraduate programme and equally qualified for NUGA Games and
represented FUNAAB at the Games tagged Markurdi 2017 winning 2 Silver
medals in Badmiton.
Adeoyin hoisted FUNAAB’s flag at the World University
Games in Taipei, Taiwan where she represented Nigeria.
Having just completed her Postgraduate programme in the University,
Adeoyin has carved a niche as the Heroine of four (4) FUNAAB’s
Intercollegiate/Vice-Chancellor’s Cup (2010 2012, 2014 and 2016) and proud
Ambassador of the University at five (5) NUGA Games (2008, 2011, 2012,
2016 and 2017), among others aforementioned.
Speaking in an exclusive interview with FUNAAB’s Bulletin, Adeoyin
expressed profuse and profound gratitude to successive Management of
the University for giving her the platform to horn her skills and
showcase her talent.
She specifically commended the Vice-Chancellor, Professor Felix
Kolawole Salako for hitting the ground running with the promotion of
sports, barely one year in office.
Adeoyin who is presently unengaged pleaded passionately with the
Vice-Chancellor, Professor Salako to kindly engage and encourage her
expertise in sports by offering her employment, in order to plough
back into the system that “discovered me, polished me and gave me the
platform to exhibit my talent” 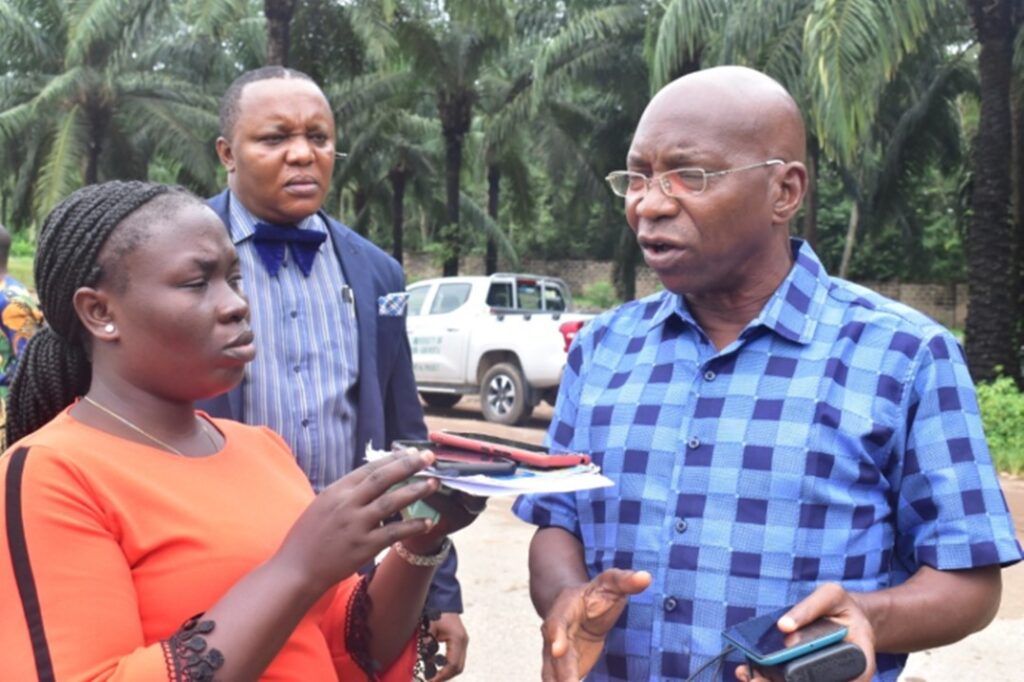 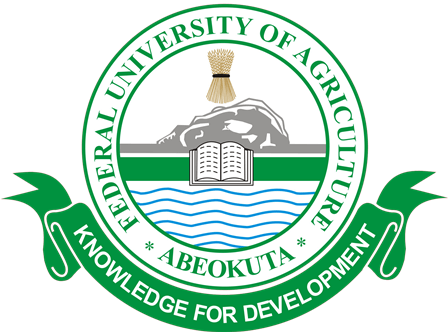 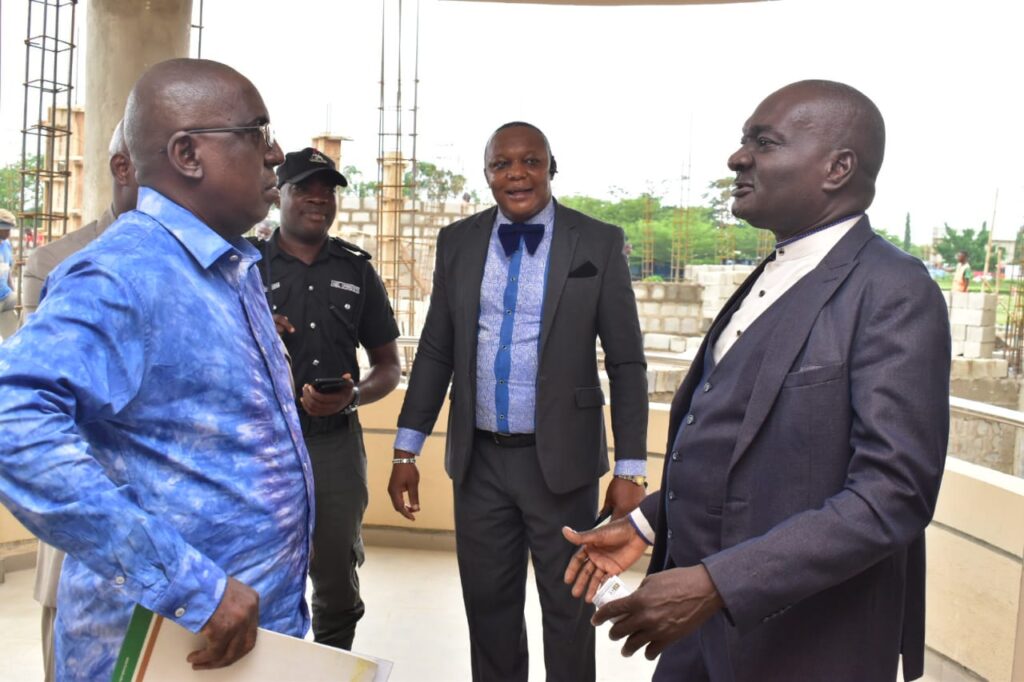