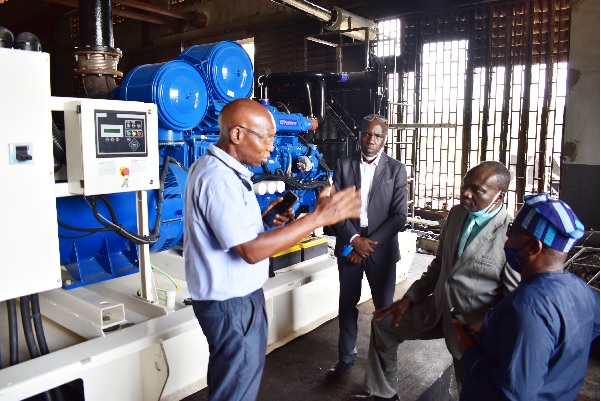 Vice-Chancellor, Professor Kolawole Salako- led Management has made good it promise  to boost power supply to at least  major parts of the University Community within limited resources to enhance service delivery.

Relief came the way of some Lecture Halls and offices on campus when the newly purchased 800KVA Generator roared “Let there be light” into life in the cool weather of last Monday.

The occasion was the test running of the giant and sprawling Generator which came on the heels of installation at the University’s Power House.

A bee-hive of electrical activities coordinated by the Director of Works and Services, Mr.Akinyele Olawole, ably supported by Head, Electrical Unit, Engr. Olabode Soyinka and other members of staff of the Directorate heralded the activation of the generator.

The Vice-Chancellor, Prof.Kolawole Salako flanked by the Deputy Vice Chancellor (Development),Prof Clement Adeofun, the Director of Audit, Mr. Olufisayo Amubode, among others watched with keen interest as the Director of Works pressed relevant buttons and the engine after making a steady staccato warm- up sound reverberated to life with the much needed full force which darkness cannot comprehend.

Our news crew gathered that moments after the ignition of the generator generated power supply to quite a quantum of Lecture Halls and  offices, the personnel therein reportedly heaved a welcome  sigh of relief from irregular power supply which was largely informed by extraneous factors that are beyond Management.

It would be recalled that the Vice-Chancellor and his Management team had reiterated loud and clear at fora on campus that it won’t relent efforts at alleviating perennial power outage in the University Community.

According to the Director, Works and Services, Engr.  Akinyele, in an earlier interview with FUNAAB Bulletin,  the Generator is one of the new digitalise brands of technology- the 2018 edition, which  required an in-house training for the operators.

Engr. Akinyele disclosed that he already directed the Head of Electrical Unit, Engr.  Soyinka to give him four names of the operators that will manage the new generator.

His Words, “I have to train them internally so that the generator would be able to serve the university for a long time”.

According to him, the Operators are Messrs. Emmanuel Okoiron;, Samuel Dada;. Wasiu Abdulazeez and Oluwasegun Oshin.

Buttressing on the operation of the generator, Engr. Soyinka noted that the new generator is meant to cover all Lecture Halls in the university and some selected offices in line with its capacity.

He further informed that other parts of the Campus that the new generator cannot serve were already taken care of by other generators at different load centres. 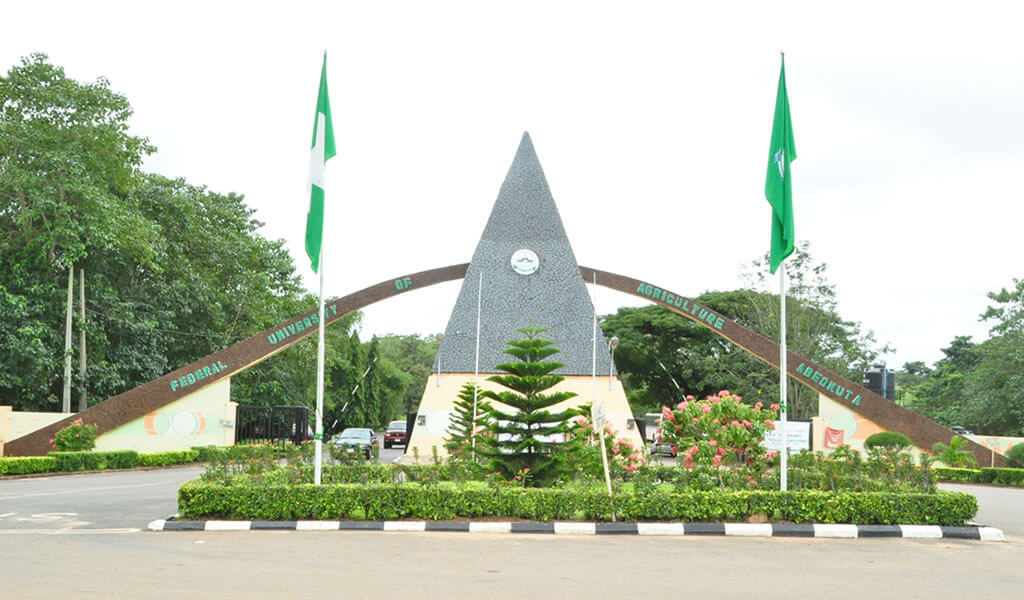 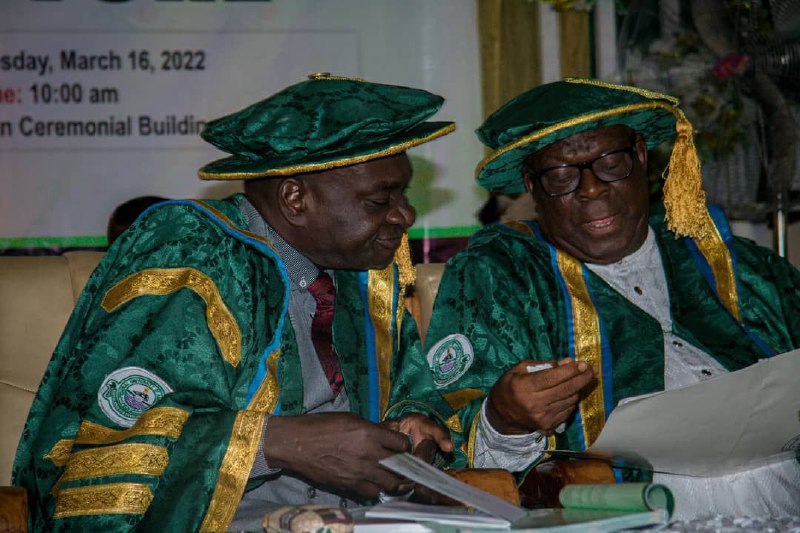