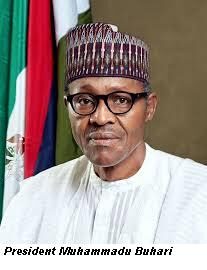 President Muhammadu Buhari, GCFR was born on December 17, 1942 in Daura, Katsina. He is the twenty-third child of his father. Buhari was raised by his mother, after his father died when he was about four years old. He is a retired Nigerian Army Major General and was Head of State of Nigeria from December 31, 1983 to August 27, 1985. He attended primary school in Daura and Mai’adua before proceeding to the Katsina Model School in 1953, and Katsina Provincial Secondary School (now Government College Katsina) from 1956 to 1961.

He then joined the Nigerian Military Training School in Kaduna, where his military career began. Buhari joined the Nigerian Army in 1961, when he attended the Nigerian Military Training College, it was renamed the Nigerian Defence Academy in Kaduna. From 1962 to 1963, he underwent Officer Cadets Training at Mons Officer Cadet School in Aldershot, England. In January 1963, Buhari was commissioned as Second Lieutenant, and appointed Platoon Commander of the Second Infantry Battalion in Abeokuta, Nigeria. From November 1963 to 1975, the Visitor attended several military courses and trainings both at home and abroad. He had also held many posts at different military installations. He was also Military Secretary at the Army Headquarters from 1978 to 1979 and member of the Supreme Military Council from 1978 to 1979. From 1979 to 1980, at the rank of Colonel, Buhari (class of 1980) attended the United States Army War College in Carlisle, Pennsylvania.[/vc_column_text][/vc_column][/vc_row]